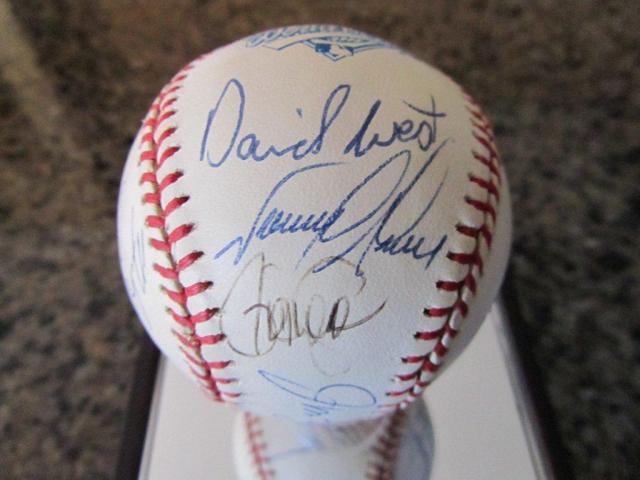 The 1993 Philadelphia Phillies season saw the Phillies capture the National League East Championship. The Phillies defeated the Atlanta Braves in the 1993 National League Championship Series in six games. You can now get a piece of Phillies baseball history – a 1993 World Series Baseball autographed by the members of that season’s National League Champion Philadelphia Phillies. This ball features signatures by 15 members of that team and a Letter of Authenticity by Jim Spence Authentication – one of the most trusted names in the industry. Signatures appearing on this baseball include: Fregosi, Kruck, Mitch Williams, Dave Hollis, Jim Eisenreich, David West, Tommy Green, Lee Thomas, Wes Chamberlain, Kevin Stocker, Mickey Morandini, Larry Anderson, Tony Longmire, and Danny Jackson. This special item is now available, but will not last for long. Order now to secure this baseball for your collection. We will confirm your purchase by Email, but to reserve this ball for your collection we must charge your credit card for the full amount immediately upon receiving your order. Please allow 4 to 6 weeks for delivery. This ball is not game used.