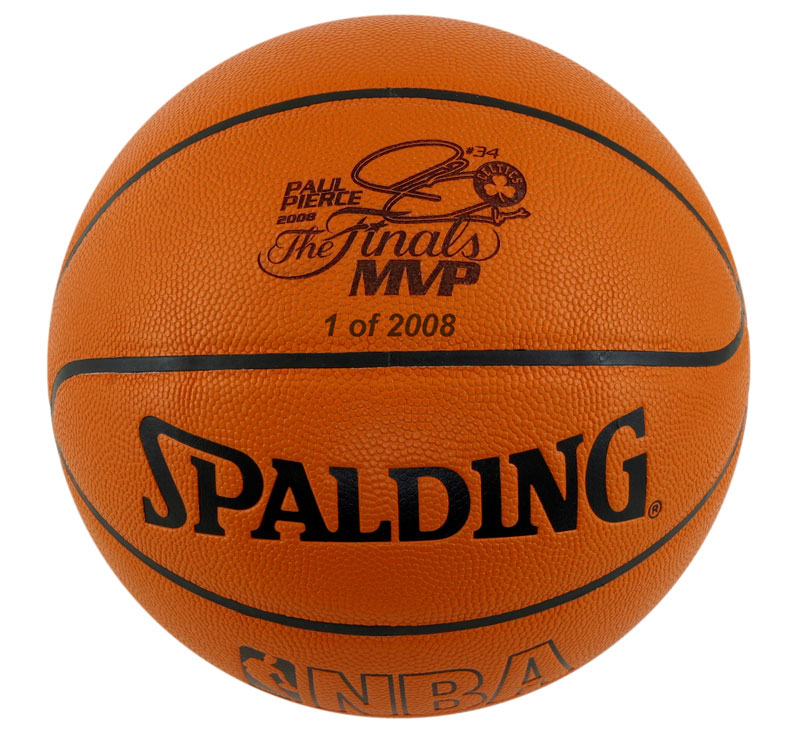 Paul Pierce has been the heart and soul of the Boston Celtics for several seasons, and this year he led that legendary team to the promised land. By leading his teammates in defeating the Los Angeles Lakers in the Best of 7 NBA Finals, Celtics forward Paul Pierce was named MVP of the NBA Finals. This composite commemorative MVP Game Ball honors the 2008 series MVP and is the perfect companion collectible for Celtics fans. This is a LIMITED EDITION collectible, ONLY 2008 are available so order yours now! Including a dramatic re-entry into Game 1, Pierce ignited the Boston faithful all season. Along with Ray Allen, Kevin Garnett and the rest of his teammates, the Celtics thrilled Boston fans with a great season – capped with an NBA Title. This composite ball is the ideal gift for every Celtics fan, but Boston fans will generate strong demand for every piece of memorabilia honoring the Championship Season. ONLY 2008 BALLS ARE AVAILABLE SO ORDER YOURS NOW! p>ORDER YOURS NOW! This ball is not game used. Your credit card will be charged immediately upon placing your order so we can reserve your LIMITED EDITION collectible.