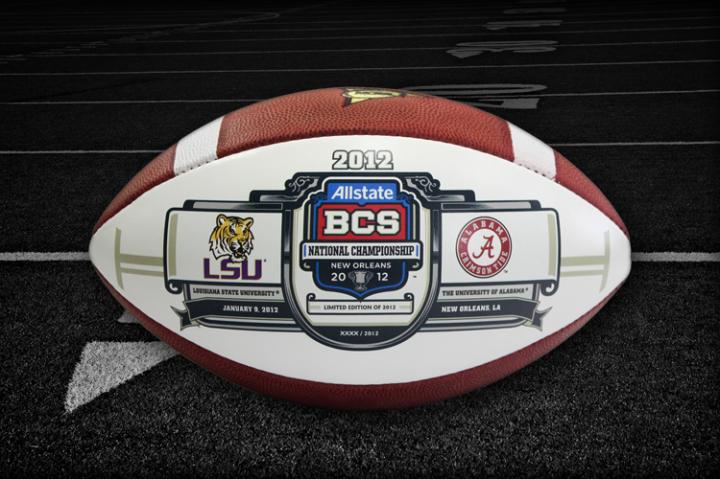 On January 9, 2012, in New Orleans the BCS ranking’s top two teams will face off to determine this season’s BCS National Championship. The LSU Tigers enter the game undefeated and the Alabama Crimson Tide have but a single blemish on their record. Both teams feature teams that have offensive firepower and hard-hitting defenses. This year’s National Championship Game is shaping up to be a great contest. Fans of both teams will love this newly released 2012 BCS National Championship Event Game Ball. This is an official NCAA Game Ball, but with the addition of a special commemorative white panel featuring team logos and the date of this year’s championship game. This is a deserving tribute to the great season both teams have enjoyed. Since this is a Limited Edition item we must charge your credit card for the full amount immediately upon taking your order to ensure we reserve a football for you. We will confirm your order by Email. This ball is not game used. This is a Limited Edition football, and all balls are individually numbered. Do not hesitate – buy yours now and receive it by Mid-January.