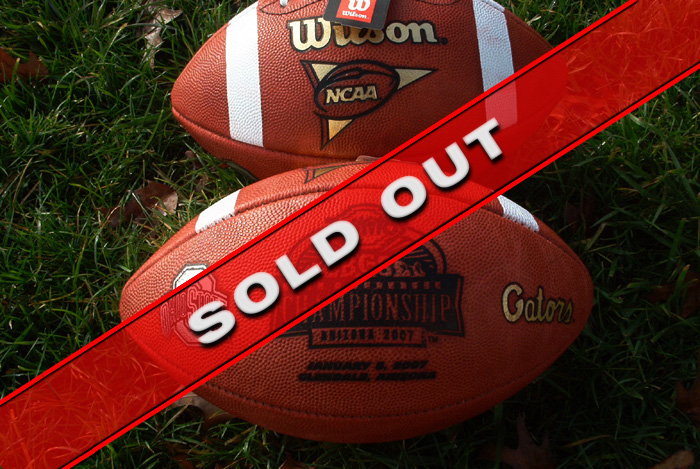 Wilson has been making footballs for the NCAA since they and Knute Rockne designed the modern football. Wilson is the official football of the NCAA and has just released the BCS championship game football. This is the same ball that will be used on the field except a third commemorative panel has been added to honor this years’ participants on the championship game. The Florida gators and the Ohio state buckeyes. The football is made in American and is limited to 2007 balls. The footballs will come with a Wilson hand numbered certificate. This is the official football of the NCAA. The footballs will come with the Wilson made in America tag and in a Wilson factory box. This is the highest quality football that can be purchases. These footballs are not game used. Do not accept substitutes get the real game ball. The value is in the game. Limited edition of 2007. Your credit card will be charged immediately upon placing your order so we can reserve your LIMITED EDITION collectible.