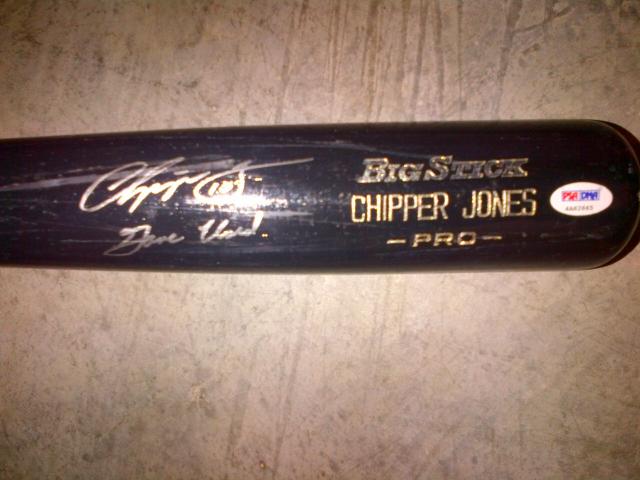 Since announcing his retirement prior to the 2012 season, Chipper Jones memorabilia has been in high demand. This game used bat is considered rare as not many have been released. This is a signed and inscribed Chipper Jones Game Used Bat. The bat features evidence of game use, is un-cracked and comes with a Certificate of Authenticity from PSA/DNA. Jones retired as one of the games finest players, the 2nd best switch hitter next to Mickey Mantle and a certain Hall of Fame inductee. Buy it now before it is gone. These are rare since he has not sold many in recent years. The bat is un-cracked  and comes with a PSA cert $2995.00  $25.00   FIRST BALLOT HALL OF FAMER  SECOND BEST SWITCH HITTER NEXT TO MANTLE ONE SPLIT AVAILABLE