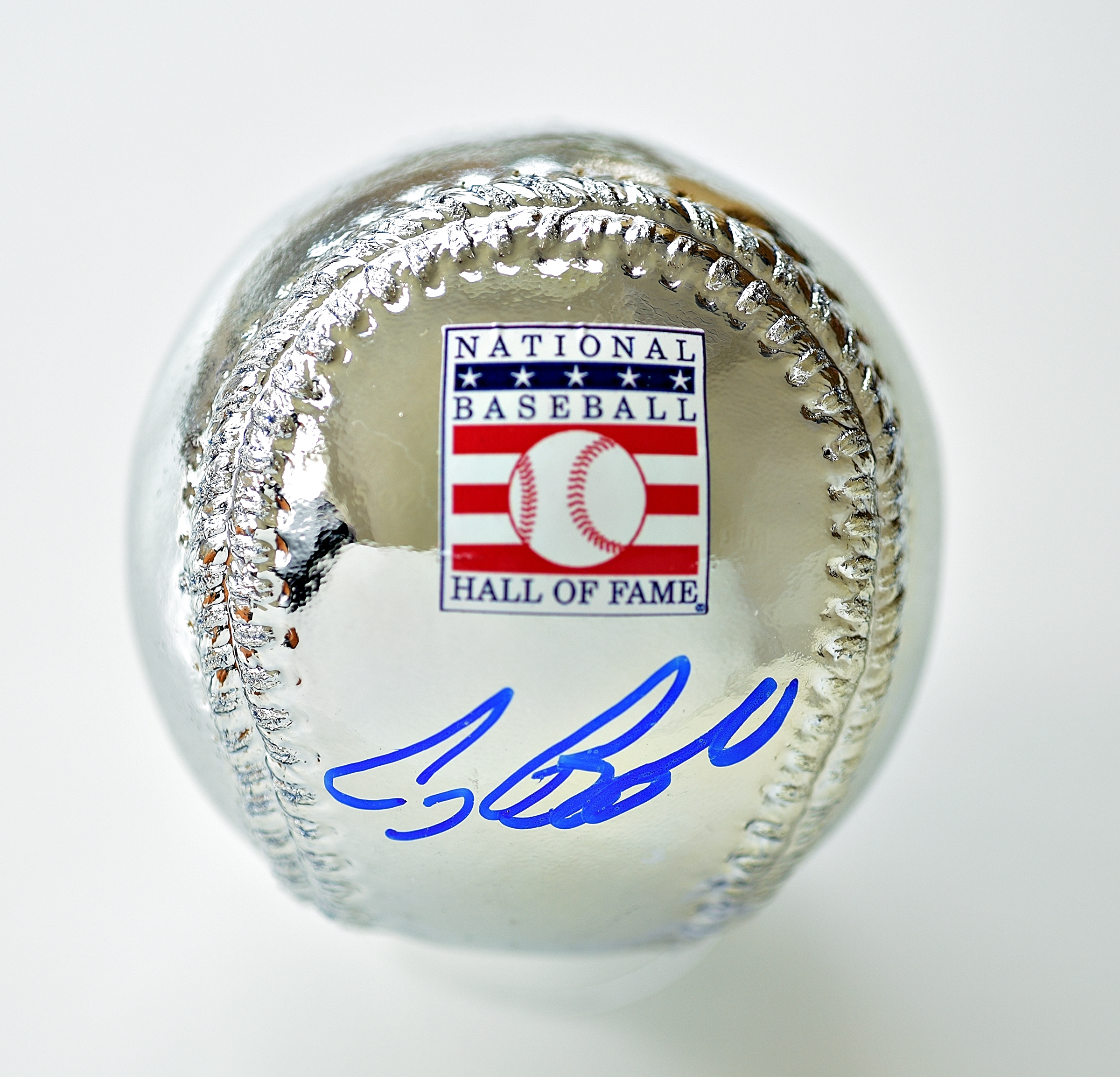 Big Time Bats is proud to release this exclusive Silver Chrome Hall of Fame Baseball that will come signed by Craig Biggio .

Craig Biggio is a seven-time National League (NL) All-Star often regarded as the greatest all-around player in Astros history, he is the only player ever to be named an All-Star and to be awarded Silver Slugger Award at both catcher and second base. With longtime teammates Jeff Bagwell and Lance Berkman, he formed the core of the “Killer B’s” who led Houston to six playoff appearances from 1997 to 2005, culminating in the franchise’s first World Series appearance in 2005. At the end of his career, he ranked sixth in NL history in games played (2,850), fifth in at bats (10,876), 21st in hits (3,060), and seventh in runs scored (1,844). His 668 career doubles ranked sixth in major league history, and are the second-most ever by a right-handed hitter; his 56 doubles in 1999 were the most in the major leagues in 63 years. This first of its kind Silver Chrome Hall of Fame Baseball is made in a labor intensive 13-step process which creates a mirror like finish. This ball is a limited edition of 82.  Ozzie Smith’s signature comes authenticated by MLB

Due to the limited nature of this offer we must charge your credit card for the full price upon taking your order.  We will confirm your order by email.  Please allow 1 week for shipping.