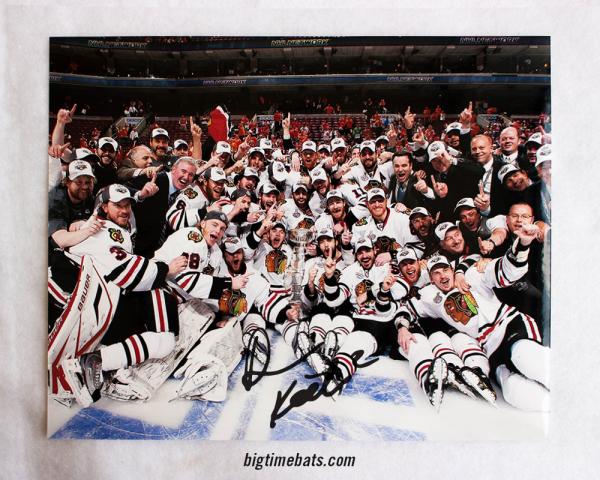 Please note – the picture shown is from the team’s 2010 Stanley Cup Championship and is for display purposes only. You will receive an authentic autographed photo taken from the 2013 on-ice celebration! This is the same Officially Licensed photograph from the team’s on-ice celebration following their Stanley Cup Championship clinching win over the Boston Bruins – unframed. On this photo is the autograph of Blackhawks defensive stalwart and Alternate Captain Duncan Keith, who gained notoriety during the team’s 2010 Championship season not only for his play, but also for returning to the ice just minutes after having several teeth knocked out by a puck during that year’s Western Conference Finals. Authentication is provided by Schwartz Sports. You receive the photo unframed so you can have it finished to suite your individual preferences! This is a limited series so get yours today. Due to the limited number of these autographed photos we must charge your credit card for the full amount immediately upon taking your order. This policy ensures we reserve one from the series for you. We will confirm your order by Email. This photo was taken on the ice following the team’s 2013 Championship clinching win. Please allow at least 4 weeks for delivery as time must be given for player signing. This one is worth the wait!