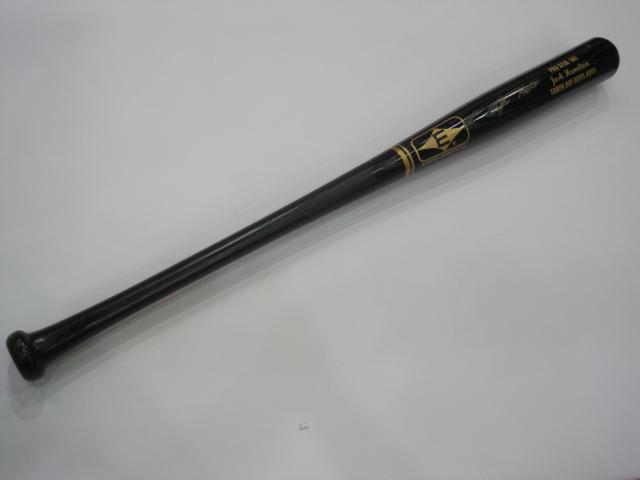 Just 19 years old and rated the #1 prospect by Baseball America, Josh Hamilton was a member of the Class A Charleston River Dogs. This ultra-rare black lacquer Easton Pro Stix 141 model bat originates from Hamilton’s 2000 season with that team. Measuring 34″ and weighing 32.8 oz, this bat is uncracked and features game use evidence throughout with scuff marks, stitch marks and cleat marks on the barrel – a known Hamilton-specific characteristic. As a very special feature, Josh added his signature in gold paint pen across the sweet spot. This bat was used SEVEN years before Josh hit the major leagues, and it is the first pre-majors Hamilton game used bat we have ever handled. Without question, this is a phenomenal keepsake for any collector or baseball enthusiast. Imagine owning such an early-career representation from one of the current game’s top superstar sluggers just coming into his own … and only 29 years old. As significant a gamer we’ve ever had the pleasure to offer; authenticity by PSA/DNA. This bat is in stock and ready to ship!