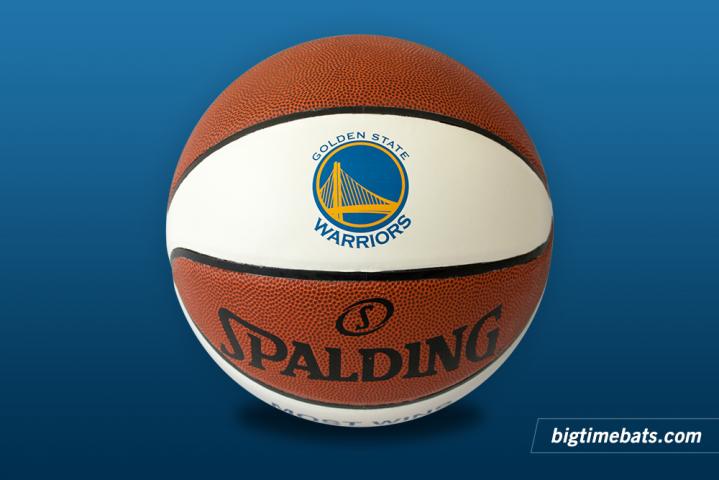 A beautiful Spalding Baketball created to honor Northern California’s NBA franchise celebrating their most successful season in team history. This authenitc NBA model basketball features a very special panel commemorating the Golden State Warriors’ 2014-15 season, and their franchise best 67 Wins. This special piece of memorabilia would make a fine addition to any collection or the best gift for any Warriors fan. This limited edition release basketball is the same model used in every NBA game, except for the special commemorative panels listing the team’s roster, logo and “Most Wins” logo. The Warriors feature one of the league’s best players, a front-runner for this season’s MVP award, in Steph Curry, who is widely considered among the games best shooters. Led by head coach Steve Kerr – another guy who knows a little something about shooting the rock – the Warriors captured their first Division Title since 1976 and stand poised to make a deep playoff run. Order this ball to celebrate one of the NBA’s best seasons by a team. Due to the limited nature of this offer we must charge your credit card for the full amount immediately upon taking your order. This policy ensures we reserve a ball for you. We will confirm your order by Email. This ball is not game used. Please allow 4 to 6 weeks for delivery.