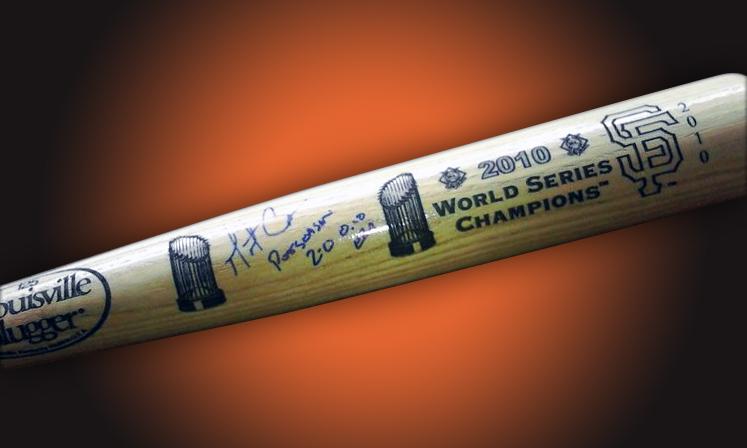 This special edition World Series Champions Louisville Slugger features the autograph of Giants’ Ace Matt Cain, but swift demand is expected to you must place your order now. This World Series Champions Louisville Slugger features comparable specification as bats created by Louisville Slugger and used by hitters in Major League Games. Each bat is laser engraved with the Giants logo, images of the World Series Champions Trophy and bold autograph of San Francisco Giants pitcher Matt Cain. This post season Matt Cain became only the 5th pitcher in Major League history to post 20 innings without allowing an earned run. He and the other members of the Giants’ starting rotation were a key part of the Giants’ first World Series Championship since moving from the Polo Grounds to the West Coast so many years ago. This limited edition collectible will not last long so you must place your order now before they are gone. Due to the limited quantity of autographed bats available we will charge your credit card for the full amount of this purchase immediately upon receiving your order to ensure at bat is reserved for you. We will confirm your order by Email. This bat is not game used.