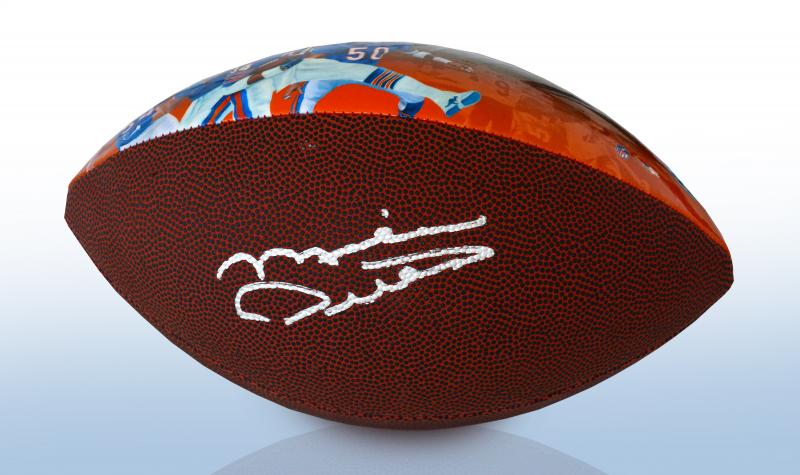 victories and Hall of Fame members, the Chicago Bears.  We are offering a very limited edition of

these footballs that come signed by Bears legend, Mike Ditka.  As a player, Ditka was the 1961 Rookie of the

Year, a 5x Pro Bowler, Super Bowl champion, and a member of the NFL Hall of

Fame.  As a coach, Ditka led the Bears to

both panels.  One panel has artwork of LB

Sayers.  Get your exclusive football

while they are still available!  Ditka’s signature comes fully authenticated by PSA/DNA.