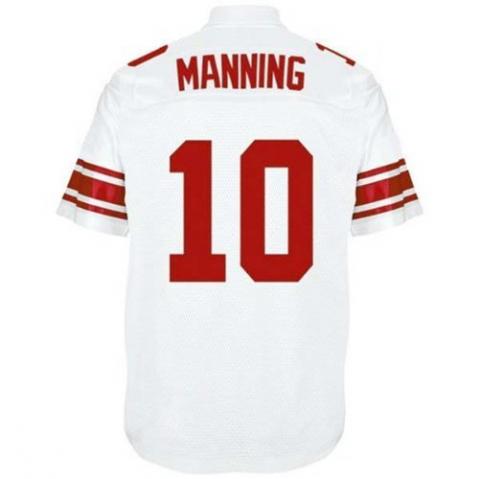 Here is another rare piece of team signed memorabilia that every Giants fan would love to have on the wall of their home or office. This is an authentic New York Giants Eli Manning jersey signed by all the members and coaches of the 2011 NFC East Champion Giants. Head Coach Tom Coughlin, quarterback Eli Manning, members of that destructive defense,and all the members of this year’s team that will compete for a chance to play in the Super Bowl signed this jersey. Get this Limited Edition item for your very own, but you have to order it now. This jersey was signed by Tom Coughlin, David Baas, Jake Ballard, Travis Beckum, Rocky Bernard, Chase Balckburn, Will Blackmon, Michael Boley, Ahmad Bradshaw, Chris Canty, David Carr, Victor Cruz, David Diehl, Deon Grant, Brandon Jacobs, Linval Joseph, Mathias Kiwanuka, Eli Manning, Mario Manningham, Hakeem Nicks, Bear Pascoe, Kenny Phillips, Jason Pierre-Paul, Antrel Rolle, Aaron Ross, Chris Snee, Devin Thomas, Justin Tuck, Lawrence Tynes, Osi Umenyiora, DJ Ware, Steve Weatherford, Corey Webster, Jimmy Kennedy, Derrick Martin, Kareem McKenzie, Mitch Petrus, Tony Ugoh, Kevin Booth, Zak DeOssie This team signed item was obtained through Who’s Who Productions, which uses autograph crews to obtain signatures from players as they move about in Hotel lobbies, outside stadiums, outside restaurants, etc. Who’s Who has been in business since 1993 and is the only company in the world that sets up autographed items in the Super Bowl venue, and works directly with the NFL. A Certificate of Authenticity accompanies your purchase, including a list of every player and coach who signed this item. Due to the rare nature of this item we must charge your credit card for the full amount immediately upon taking your order. This will ensure we reserve a jersey for you. We will confirm your order by Email. This is an authentic jersey, but this jersey is not game used. Please allow 4 to 6 weeks for shipping.