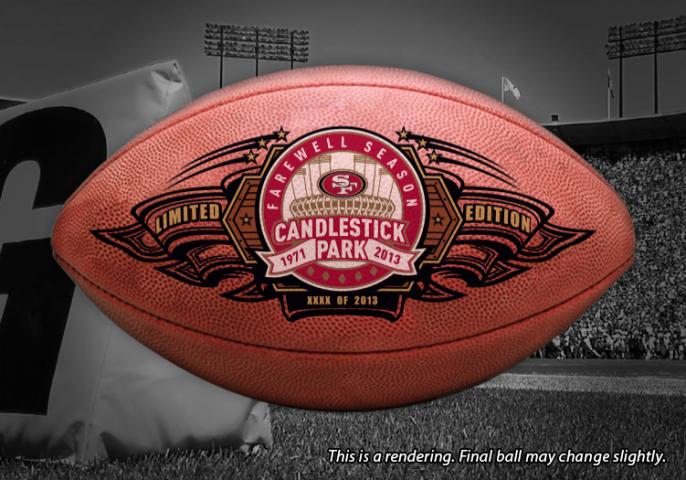 Opened in 1960 in time for the San Francisco Giants, Candlestick Park became home to the San Francisco 49ers in 1971 and played host to great games over the decades until its close following the 2013 NFL Season. The ‘Stick was famous for howling and swirling winds that played havoc with both batted baseballs and kicked or thrown footballs. This is an official Wilson Football like the ones used throughout the NFL Season, laser engraved with league logos, but with the addition of a special panel honoring the final Farewell Season of Candlestick Park. The closing of this fine facility marks the end of an era and this Limited Edition non-game used football is a perfect tribute to this sports institution. Game historians and 49ers fans (even SF Giants fans) will want one for their collection so order yours now. Due to the limited availability of this item we must charge your credit card for the full amount immediately upon taking your order. This policy ensures we reserve a ball for you. We will confirm your order by Email. This ball is not game used. Please allow 4 to 6 weeks for delivery.