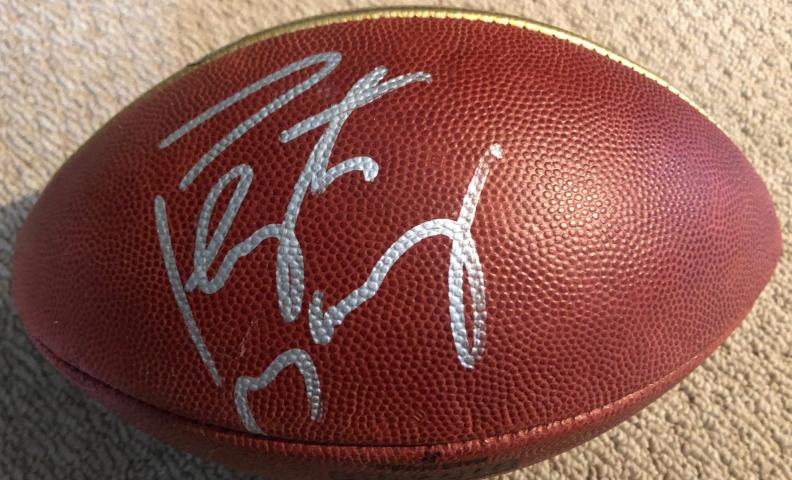 BIG TIME FOOTBALLS has released this Gold panel Wilson Denver Broncos Super Bowl 50 Champions gold football that has been signed by Peyton Manning.  Denver won its third Super Bowl in franchise history defeating the Carolina Panthers 24-10 at Levi’s Stadium.  The golden anniversary of the Super Bowl was Peyton Manning’s last game.  His Super Bowl victory gave him 200 career victories, making him the first NFL QB in history to achieve the feat.  This is a remarkable collectable that commemorates the 50th anniversary of the World’s most watched sporting event and one of the game’s all-time best players.