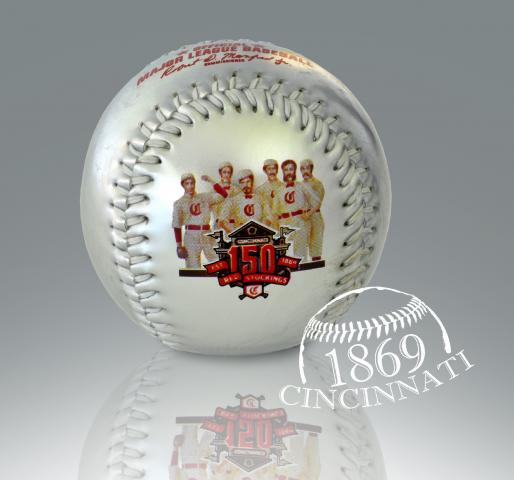 We are proud to celebrate the historic 150th year

anniversary of professional baseball with the release of this officially

played their first ever professional game on May 4, 1869, would later be

renamed the Cincinnati Reds, and would join the National League in 1890.  Rawlings

official baseball of MLB in 1977.  The history of America’s Pastime runs deep in

Rawlings is the official baseball of Major League

comes presented in a beautiful glass display case that comes etched with 1869.

Each baseball comes with a numbered certificate.

the nature of this item, we must charge your card upon order.  Please

allow 3-4 weeks for shipping.  The baseballs are not game used.