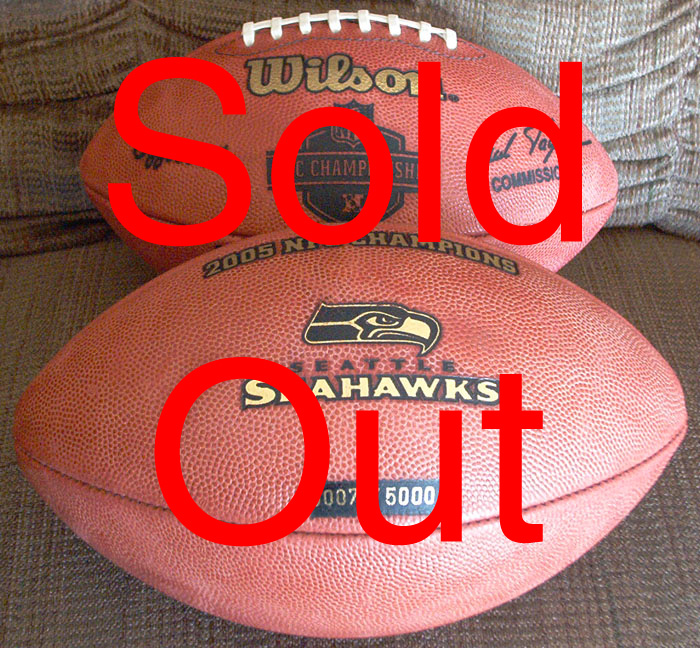 This is the Wilson NFC Champions Seattle Seahawks game ball. This is the same ball used in the historic game, with the exception of a third commemorative panel that has been added to the ball, commemorating the 2005 NFL Champion Seahawks. This third commemorative panel will have the Seahawks logo in gold with the words “2005 NFC Champions” placed above the logo. This is a Limited Edition product, and each ball will be individually numbered. Only 5,000 of these balls will ever be made. This is the first time ever that the NFC Conference Championship ball has been offered to the public. This rare football is only used in one game each year, the NFC Conference Championship game. The historic Wilson football has the NFC Championship logo, the Commissioner’s facsimile signature, and the words “Seattle Seahawks vs. Carolina Panthers, January 22, 2006” on the ball. This ball has never been sold, and is an historic collectible. THIS BALL IS NOT GAME USED. THIS FOOTBALL IS MADE IN THE USA.