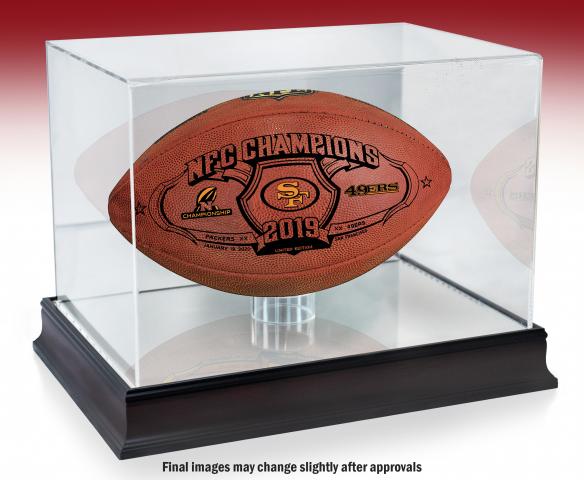 This page is for a SF 49ers NFC Champions Super Bowl LIV Wilson Duke Game Ball and a deluxe football display case.  The display case and football will ship separately.

Due to the limited nature of this offer we must charge your credit card for the full price immediately upon taking your order. This policy ensures we reserve a ball for you. We will confirm your order by email. This ball is not game used. Please allow 4 to 6 weeks for delivery.