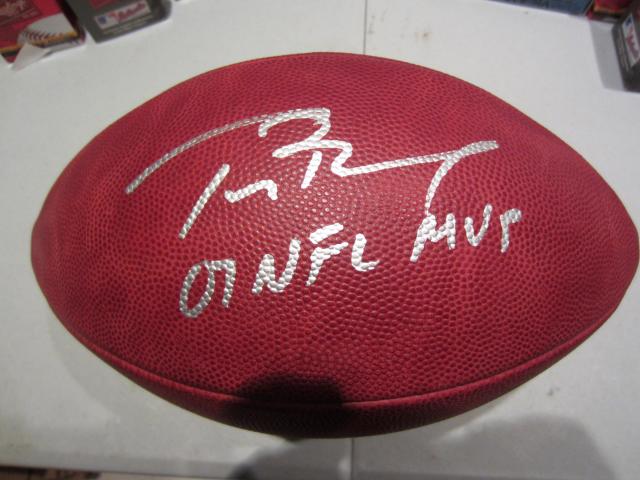 Although the Patriots run at the ultimate perfect season ended with a loss in the Super Bowl, the team’s run to an unblemished 16-0 Regular Season record was football’s greatest in over 30 years. This is an official NFL football used in the Patriots’ final game of the 2007 season in which they defeated the New York Giants and claimed the league’s first undefeated regular season since the ’72 Dolphins. The ball is signed and inscribed by Patriots Quarterback Tom Brady, who was named League MVP that season. This game-used football features the Tristar Hologram and Letter of Authenticity from the New York Giants (game played at Giants Stadium) to support full authenticity of this offer. This is a piece of NFL history not available anywhere else. Due to the very rare nature of this offer we must charge your credit card for the full price immediately upon taking your order. This policy ensures we reserve the ball for you. We will confirm your order by Email. Please allow at least 2 weeks for delivery.