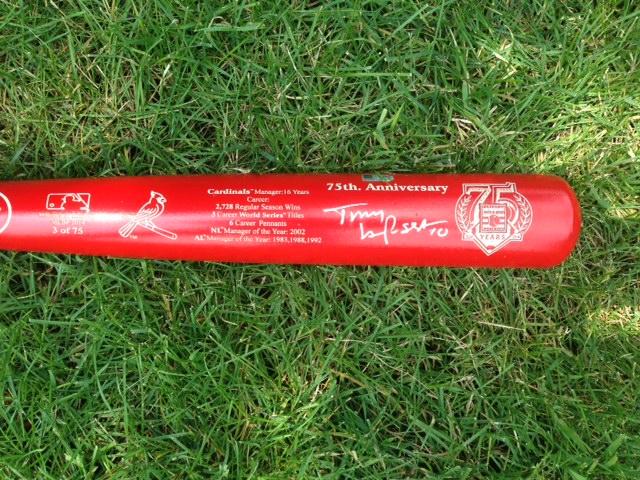 Tony La Russa broke in as a Major League manager with the Chicago White Sox, and then moved over to Oakland where his A’s teams were very successful, but it was in St. Louis where perhaps he earned the most success. A 4 Time winner of the Manager of the Year Award. As a tribute to La Russa’s success and leadership Louisville Slugger has created this very special Hall of Fame Commemorative Bat featuring his records and accomplishments as a Major League manager, as well as stats from his playing days. The bat is signed by Tony La Russa and is fully authenticated. This official size signed Louisville Slugger two-tone bat honors Tony La Russa as he takes his place among the game’s greatest in Cooperstown.  Add this special piece of autographed memorabilia to your collection before it is gone. Due to the limited nature of this bat we must charge your credit card for the full amount immediately upon taking your order. This policy ensures we reserve a bat from the series for you. We will confirm your order by Email. This bat is not game used. Please allow 4 to 6 weeks for delivery.