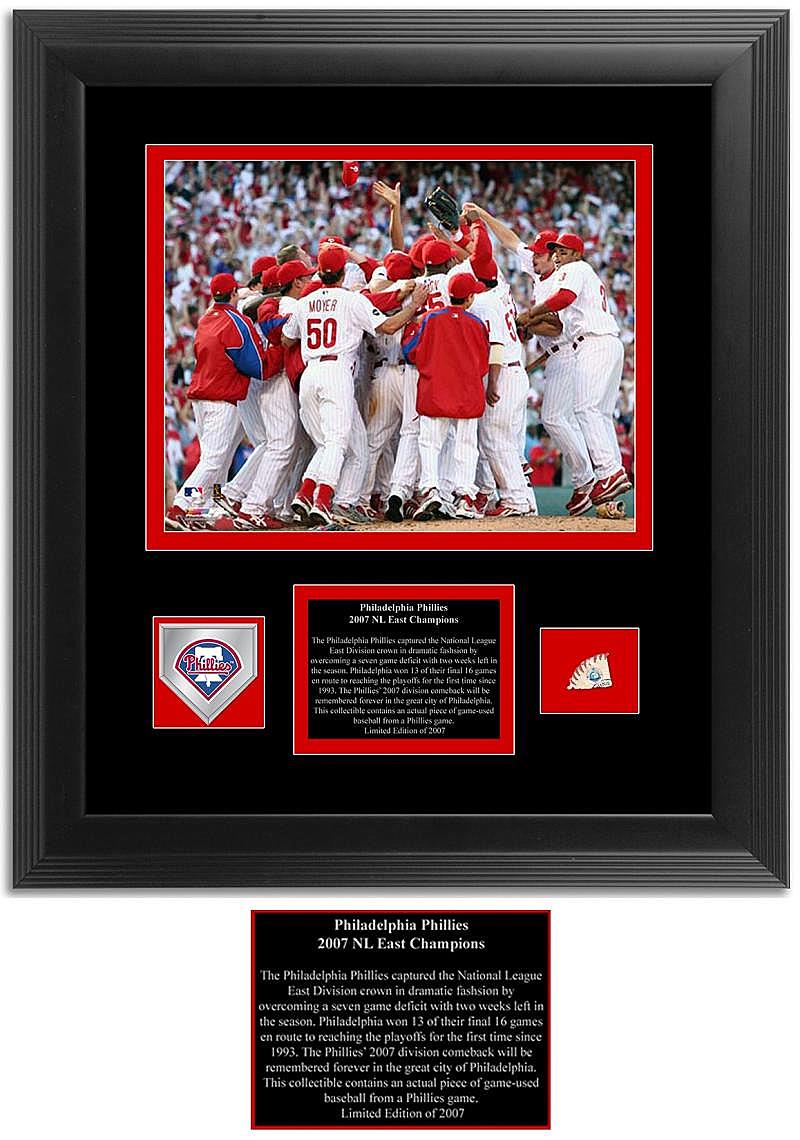 Limited Edition Collectible honoring the amazing comeback of the 2007 Philadelphia Phillies in capturing the NL Eastern Division championship. Trailing the rival Mets by 7 games, the Phillies went 13 and 3 down the stretch to overtake the division lead and secure the team’s spot in the MLB Playoffs. Only 2007 are available so order yours now. This unique photo plaque collectible features a shot of the team celebrating the team’s 2007 NL East title and includes a team emblem, a piece of authentic Phillies game used baseball and an engraved narrative honoring the team’s come-from-behind title. The engraving reads: Philadelphia Phillies 2007 NL East Champions The Philadelphia Phillies captured the National East Division crown in dramatic fashion by overcoming a seven game deficit with two weeks left in the season. Philadelphia won 13 of their final 16 games en route to reaching the playoffs for the first time since 1993. The Phillies’ 2007 division comeback will be remembered forever in the great city of Philadelphia. Limited Edition of 2007 This handsome piece is 15″ x 17″ and mounted on a beautiful black wood frame. It makes a fine addition to any collection or gift for any Phillies fan! Order yours now before they are all sold out! Only 2007 pieces are available and a second edition is not expected. LIMITED EDITION SO ORDER YOURS TODAY! To reserve your Limited Edition collectible we will charge your credit card for this item when you place your order.